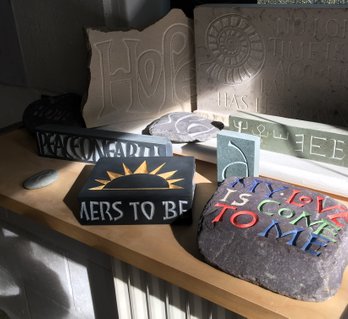 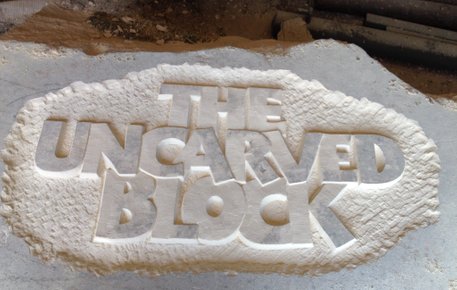 If you would like to discuss a commission with me or if you have any questions about my letter carving workshops, please use the form below to contact me. If you would prefer to speak with me, please use the call me button below or call me on the number opposite.

If you would like to visit me at my workshop, you will be most welcome, but please contact me before hand to arrange an appointment.

was commissioned by the Welwyn Garden City Centenary Foundation to mark the 100th anniversary of the town in 1920 by Ebenezer Howard.

Huge thanks are due to the tireless work of the Foundation, to Burgess' of Hatfield for supplying the slate and to MTEC of Ware for installing the plinth and statue.